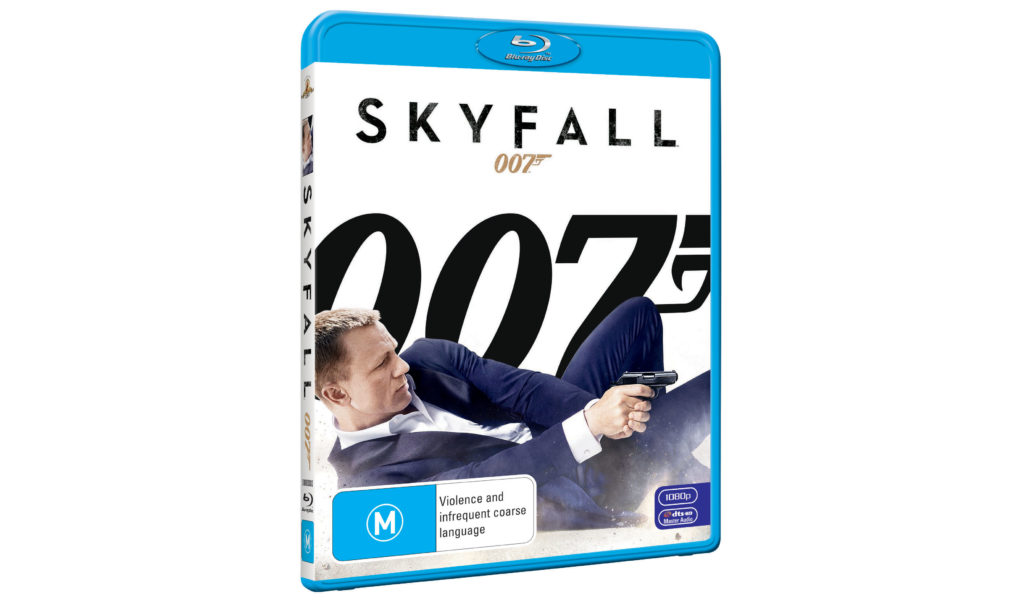 Box-office smash, SKYFALL, will be available to own in high-definition Blu-ray on March 27th, it was announced by Metro-Goldwyn-Mayer Studios and Twentieth Century Fox Home Entertainment.

The theatrical debut of SKYFALL capped a year-long celebration of James Bond’s golden anniversary. Honouring 50 years since 007 first appeared on-screen, the global campaign was highlighted with the release of BOND 50, a collectable box-set featuring all 22 James Bond films on Blu-ray Disc for the first time in one complete offering. The box-set includes a placeholder for SKYFALL so consumers can complete their 50th anniversary collection.

In SKYFALL Bond’s loyalty to M (Judi Dench) is tested as her past returns to haunt her. With MI6 now compromised from both inside and out, M is left with one ally she can trust: Bond. 007 takes to the shadows – aided only by field agent, Eve (Naomie Harris) – following a trail to the mysterious Silva (Javier Bardem), whose lethal and hidden motives have yet to reveal themselves.