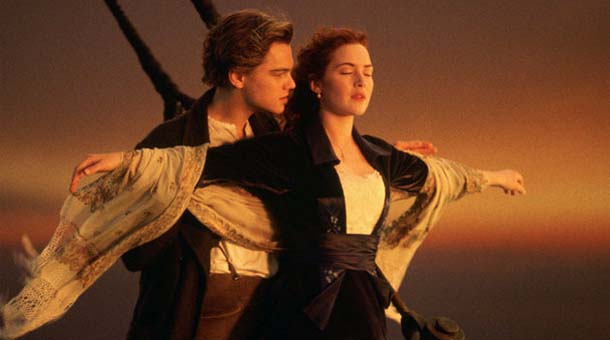 The two billion-dollar box office phenomenon and winner of 11 Academy Awards®, TITANIC, makes its highly anticipated debut on Blu-ray 2D and 3D on September 12, 2012 from Twentieth Century Fox Home Entertainment. Available in high definition for the first time ever, James Cameron’s timeless and unforgettable tour de force will be presented in stunning 2D and 3D, providing a cinematic in-home experience of TITANIC like never before. Marking 101 years ago today that the RMS Titanic was launched into the Belfast Lough, film fans worldwide can now pre-order the epic love story on Blu-ray 2D or Blu-ray 3D with participating online retailers.

This ultimate high-definition presentation of TITANIC is a must have for film fans’ home media collections. The Blu-ray features more than 2 ½ hours of all-new bonus footage including a fascinating in-depth exploration of the film with James Cameron, as well as documentary footage produced by National Geographic with James Cameron that brings the world’s leading RMS Titanic experts together to solve the lingering mysteries of why and how the “unsinkable” ship sank. The Blu-ray also boasts previously released special features including 29 deleted scenes, an alternate ending, over 60 behind-the-scenes featurettes, a look at the groundbreaking visual effects, over 2,000 photos, three commentaries and much, much more.

Fans can now pre-order ‘Titanic’ on 2D Blu-ray and 3D Blu-ray at JB Hi Fi, BIG W, Sanity and Ezy DVD as well as Amazon.co.uk at the links below

Battleship Blu-ray on sale for $24 till Sunday @ Video Ezy